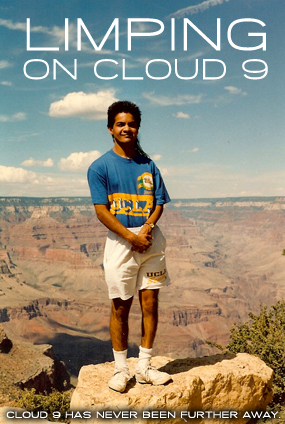 Limping on Cloud 9   is a feature film mockumentary that accidentally turned into a documentary.

The short clip below is from Hammad Zaidi’s one-on-one basketball game with Kareem Rush.